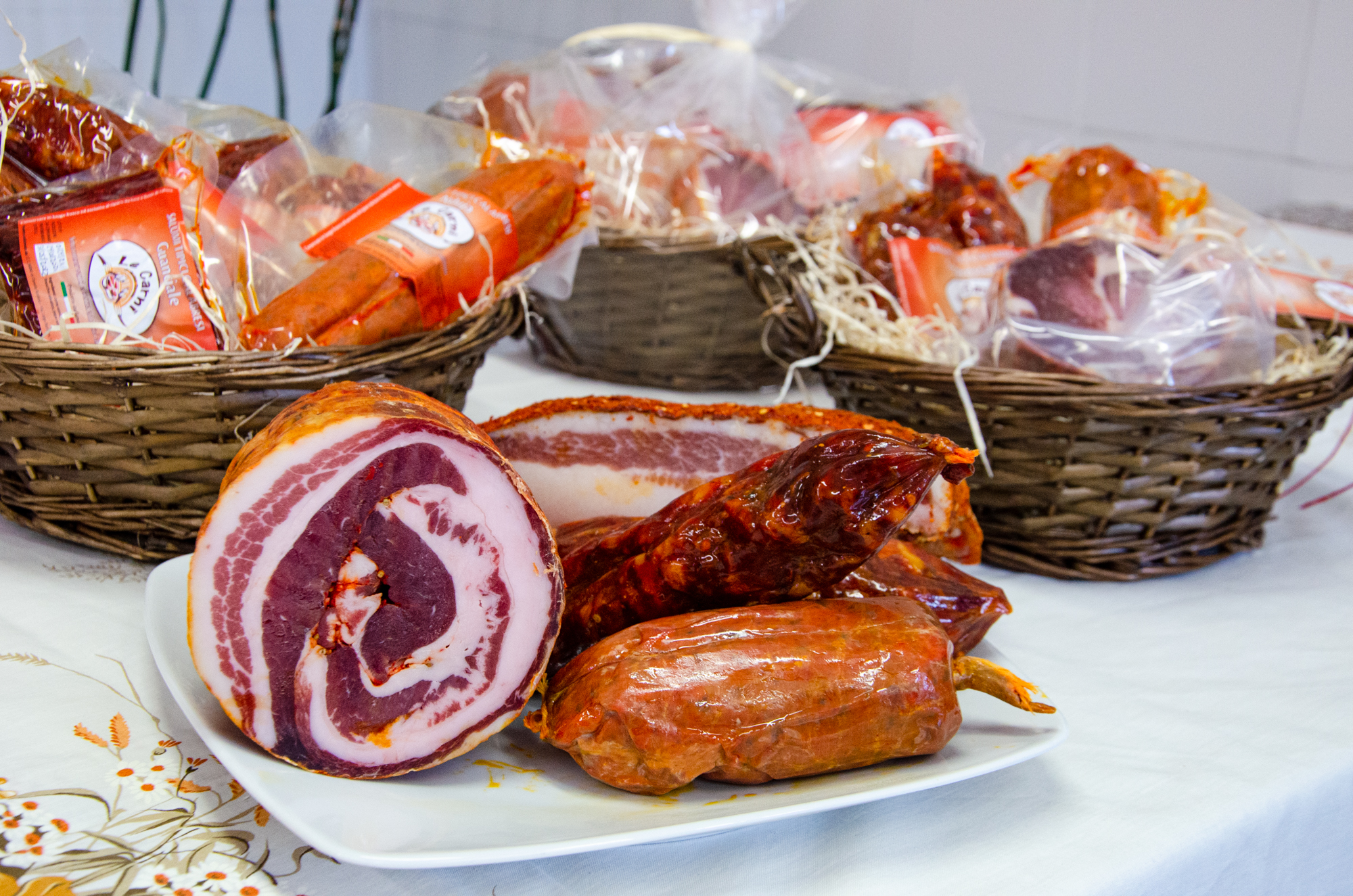 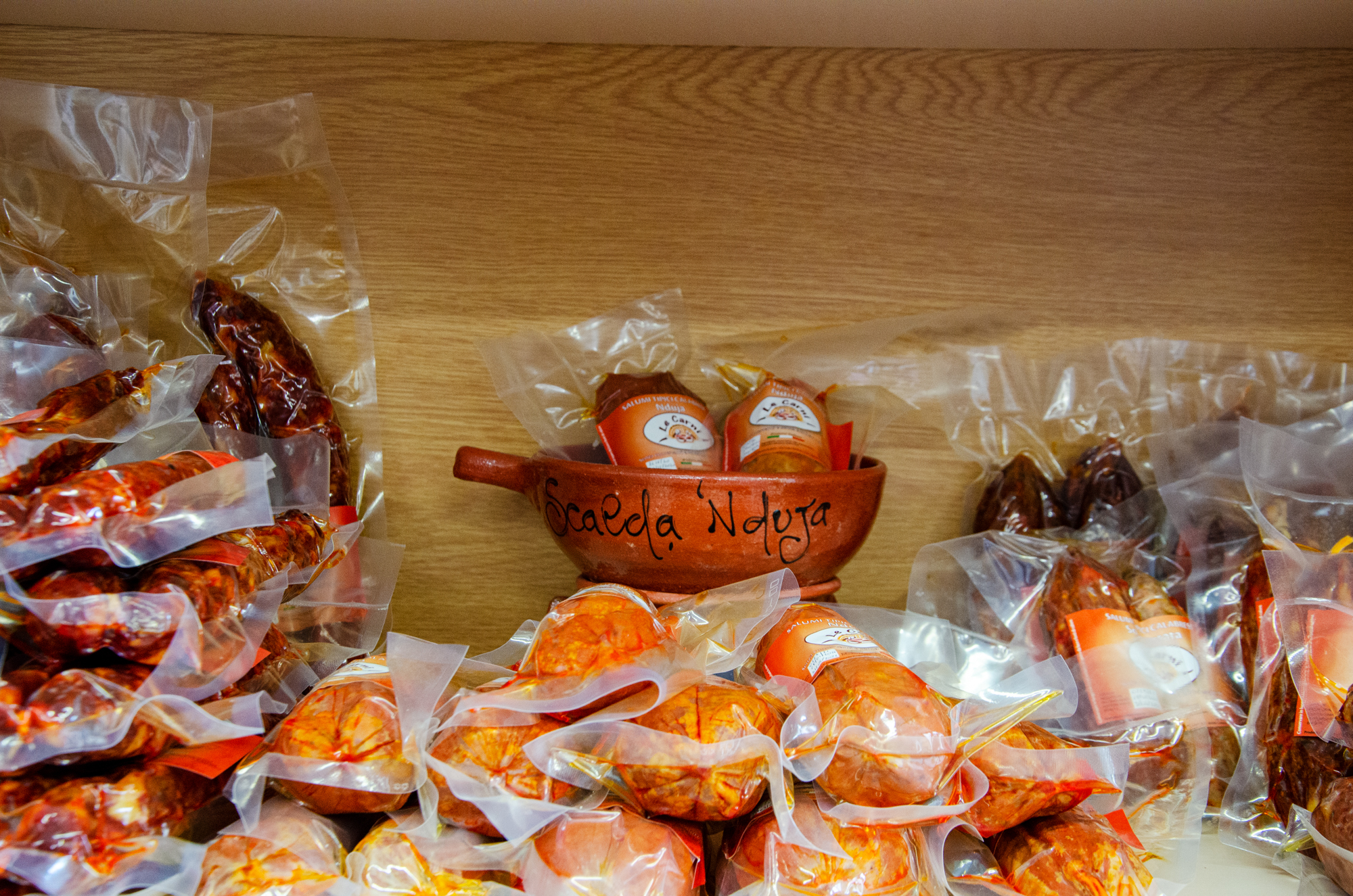 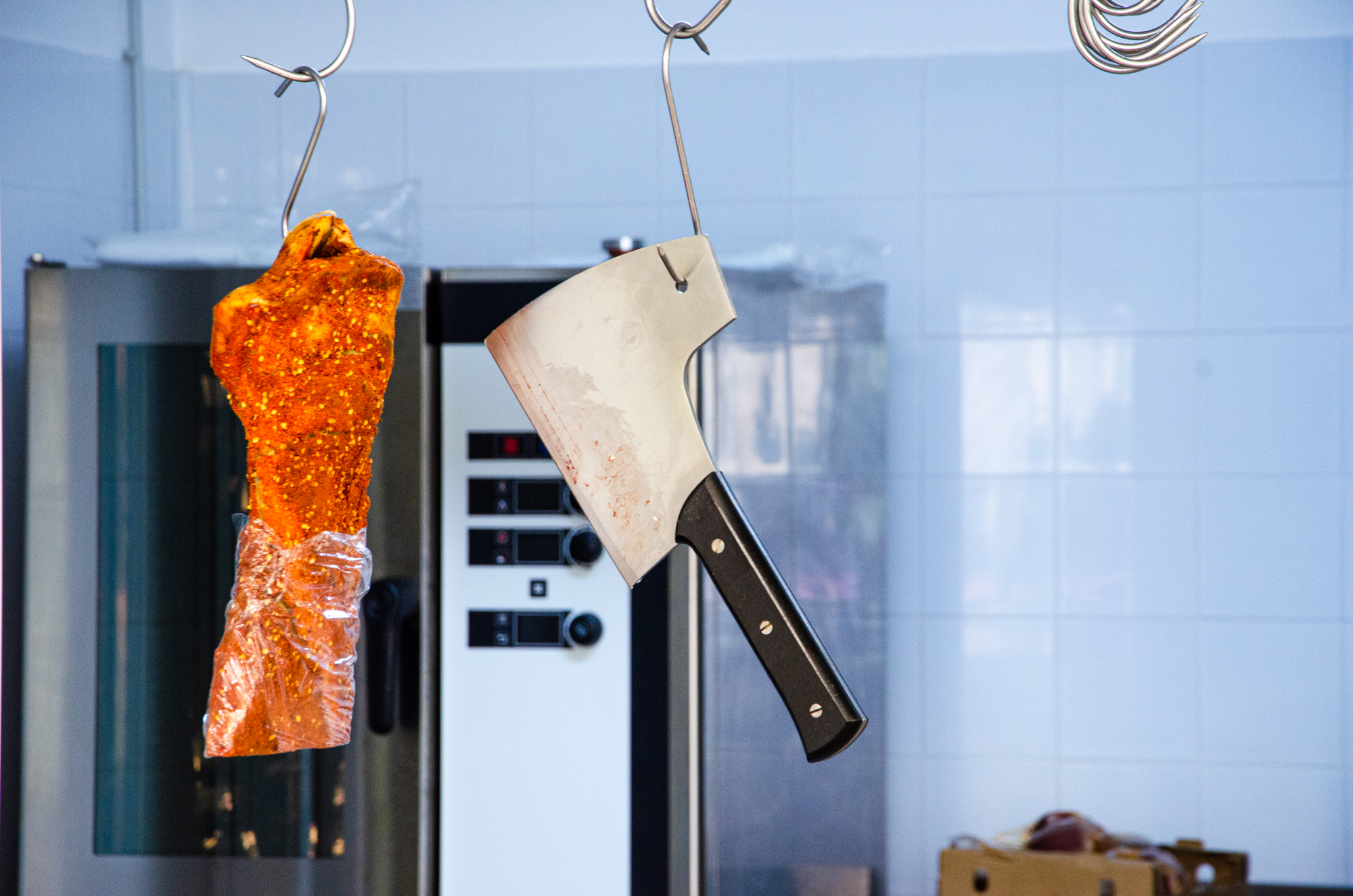 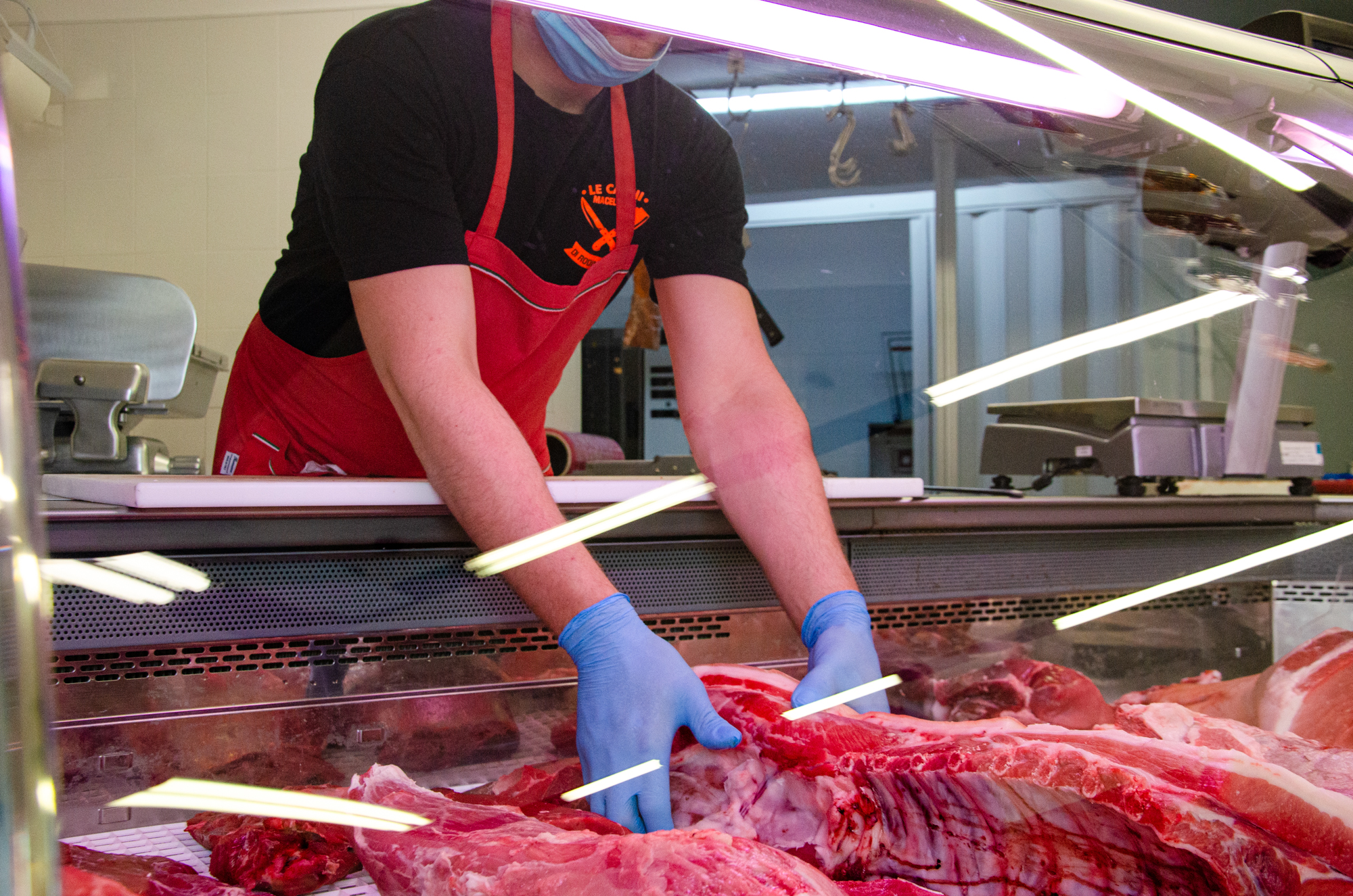 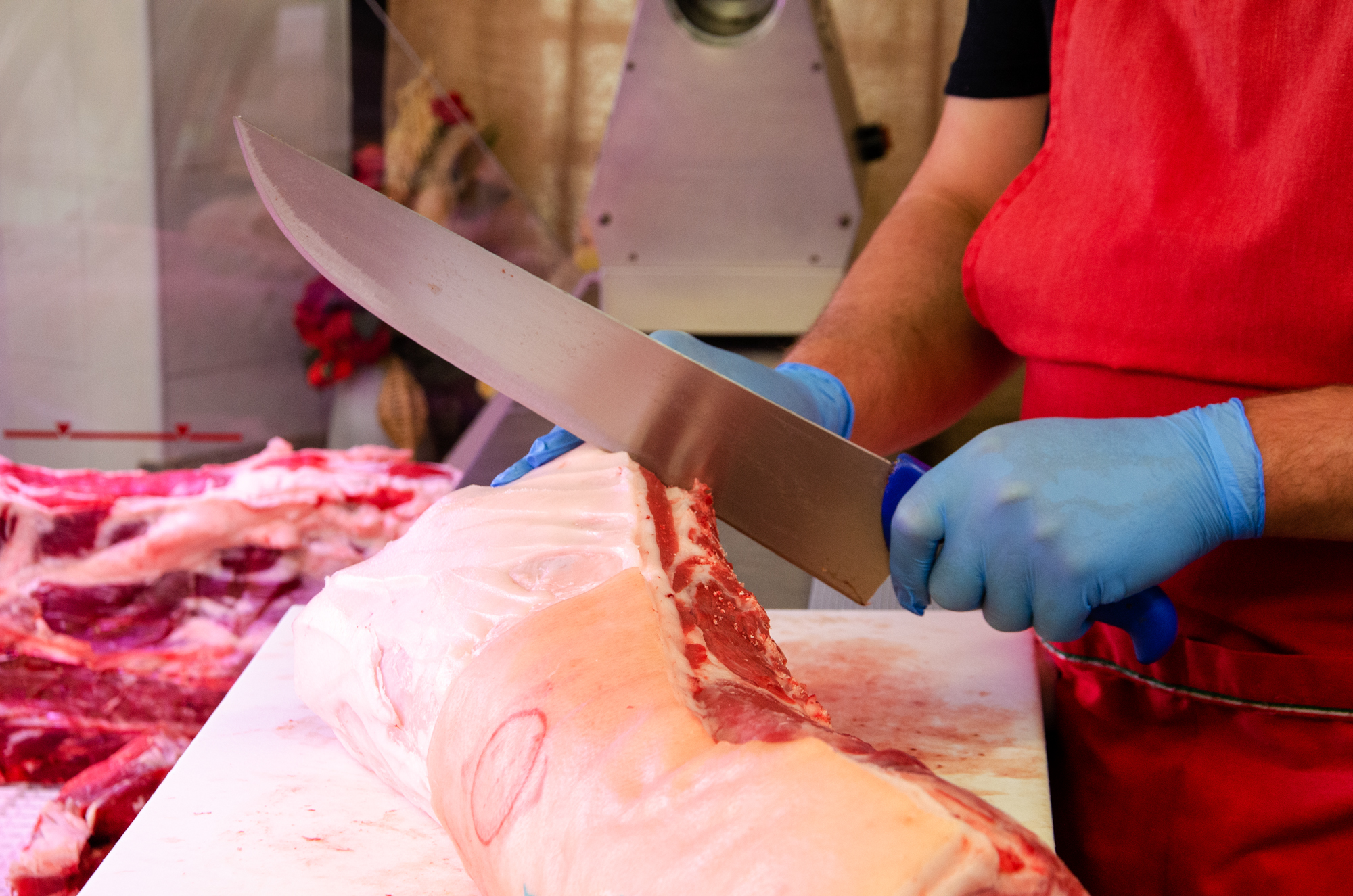 The Meats of Davide Rodinò

Gerace’s residents, have taken the saying literally when it refers to not throwing anything away from the pig because all parts can be used. They have crowned it ‘king of the table’ and succeeded in transforming even the less noble parts into gourmet delicacies. Like the pork rind, commonly called "cotica", which combined with eggs, is the basic ingredient of ‘alatucia’, a delicious dish that recalls the agro-pastoral civilization where the sacrifice of the pig meant eating all year round, since almost all of its parts can be processed, transformed and preserved to be later consumed. However, that's not all: the fat was used by peasants to make very cheap "tallow candles" that replaced the expensive ones made of virgin wax that sparkled on top of the candelabra in the aristocratic salons. Well, in this magical village of Gerace, part of Ruggero the Norman’s kingdom lies a charming and welcoming butcher shop-dehli, located in the heart of the medieval center. Davide Rodinò, owner, offers customers and tourists the best of fresh meat and tasty cold cuts, local specialties, exclusively of his own production and of undisputed quality, prepared just like it was done in the past.
Traditionally and organically prepared according to what is dictated by the Calabrian Norcina tradition, without preservatives and colorants. Oh, the secret? Well, all the fresh or bagged meats come from the family’s pig breeding farm, fed with care to offer the best to the customers, who, among many delicacies, are spoilt for choice: sausage, soppressata, capocollo, bacon, guanciale, 'nduja and, once a month, also the fragrant porchetta cooked for a whole day in the wood-burning oven. Other types of meat, such as beef, are also excellent and genuine, and are the result of a careful selection of livestock. Davide Rodinò's business philosophy is to satisfy the customers' fully so that, even away from the shop, while tasting his products at the dinner table, they can remember and almost relive the days spent in the "pearl" of the Jasmine Coast. Emulations of Marcel Proust: to each his madaleine*. *(an expression used to describe smells, tastes, sounds or any sensations reminding you of yesteryear) 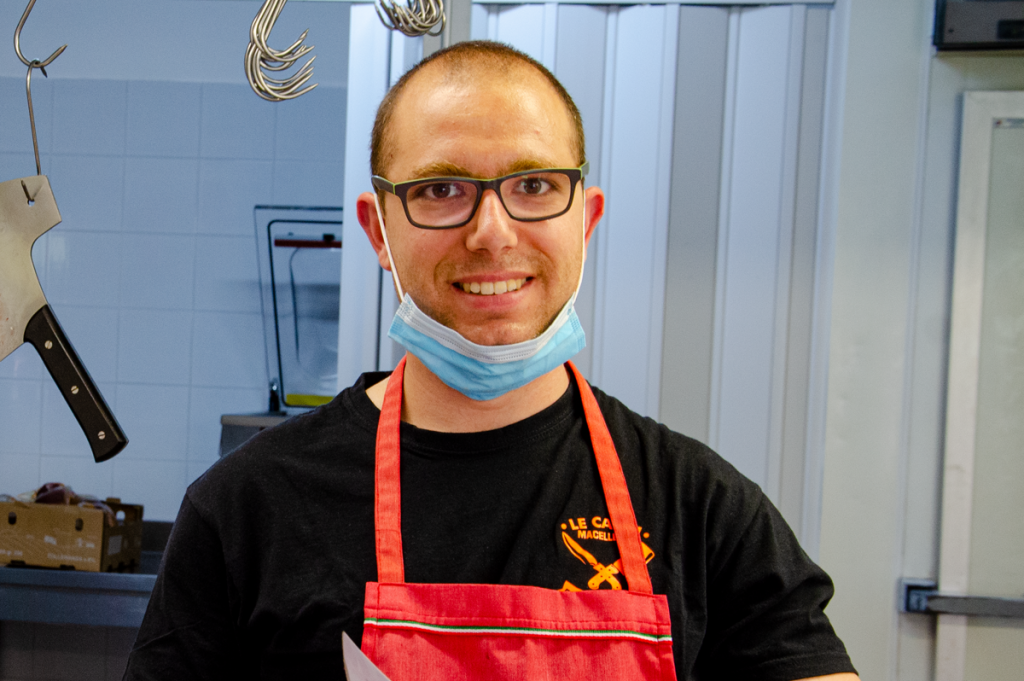 We are all Roger
Davide's passion and attention to detail in his search for absolute quality is evident in the classic "Paniere di Ruggero" (Ruggero's bread-basket), composed of nduja, sopressata and guanciale (pork cheek) of his own production.
Davide will also guide you through the composition of the "Paniere"personalized just for you based on what you prefer according to your tastes and needs with packaging done directly on the spot, which can be not only a souvenir of the days spent in one of the most beautiful places in Bella Italia but also an "appetizing" gift for friends and relatives.

Here you can...
Jump in the atmosphere of the butcher shops of the past, where a friendly and sincere relationship reigns with the customer who is guided through the choice of the products. The young owner, does not only want to sell, but give an emotion, telling the story of his products on display in modern, equipped counters. As stated by William Edwards Deming, the manager to whom we owe the improvement of production in the United States of America: "Quality is meeting the needs of the customer and exceeding his own expectations by continuing to improve".

Experiences
Gran Paniere di Ruggero composed of nduja, soppressata and guanciale. € 30,00.
Ruggero's Basket (with products chosen by the customer) variable price depending on the products chosen.